You are here: Home / scientific study

A new Norwegian study found that drinking magnesium-rich water is beneficial to bones. The study followed 700,000 elderly patients over a period of seven years and observed that those with more magnesium in their water had fewer instances of hip fractures. You can read more about it by clicking here.

One of the main benefits of an electric water ionizer is that it makes the alkaline minerals that are already in your water more bioavailable. If you are one of the 30% of Americans with soft water or if your water report shows low levels of magnesium, we offer a magnesium remineralizer filter that you can attach to your prefilter.

One of the common myths and objections we hear is that drinking ionized alkaline water can’t possibly affect the alkalinity of the body since our stomach acid will destroy any alkaline substance ingested.

People also mistakingly assume that when we drink ionized alkaline water we are trying to impact the alkalinity of the blood, which must remain at a very precise pH in order to live. In actuality, drinking ionized alkaline water can affect the alkalinity of our intracellular fluids and detox on a cellular level. It is not our goal to mess with the pH of the blood but rather to give the body the bioavailable alkaline minerals it requires to balance the blood pH naturally without having to steal from other places in the body such as the bones, teeth and eyes.

However, in one 2014 study titled Hydrogen-rich water affected blood alkalinity in physically active men, 26 men were given 2 liters of hydrogen-rich (alkaline) water to drink for 14 days while another 26 men were given a placebo (tap water). The results of this double blind randomized study were that
the intake of HRW significantly increased fasting arterial blood pH by 0.04 and postexercise pH by 0.o7 which suggests that drinking alkaline water can have a positive impact on the blood and that stomach acid does not destroy the alkalinity of the water.Click here for the study 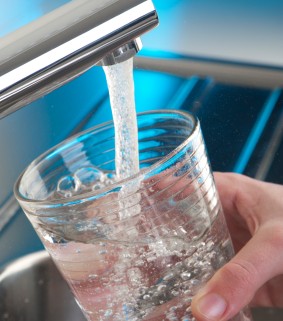 Chanson acidic water has been 3rd party lab tested and found to disinfect on contact when made at 2.7 pH. Most water ionizers on the market cannot make such low pH water. Other studies found that acidic electrolyzed water has been proven to reduce pathogens on vegetables, eggs, poultry, and pork (Koseki et al., 2004; Russell, 2003; Park et al., 2002; Kim et al., 2005; Fabrizio and Cutter, 2005).

In a 2013 study titled “Airborne bacterial reduction by spraying slightly acidic electrolyzed water in a laying-hen house,”  researchers tested the effects of 6.0-6.5 pH acidic electrolyzed water on airborne bacteria in hen houses. The reason they tested higher pH levels was because they were concerned that repeated use of 2.7 pH water could cause corrosion to farm equipment, so they wanted to see how effective a less acidic solution would be.

Results suggested that spraying even the slightly acidic water was more effective than spraying diluted didecyl dimethyl ammonium bromide (DDAB), which is what is commonly used and has found to be hazardous to the skin, eyes, and respiratory tracts.

Ionized acidic or elecytrolyzed water is safe to spray directly on human skin and in the eyes and there are no known side effects, making it a great alternative to commercial disinfectants which are loaded with cancer-causing chemicals and irritants.

The results of a 2011 study titled “The neuroprotective effects of electrolyzed reduced water and its model water containing molecular hydrogen and Pt nanoparticles” suggest that ionized alkaline water is “beneficial for the prevention and alleviation of oxidative stress-induced human neurodegenerative diseases.”

Can you imagine?Being able to protect your brain by simply changing the type of water you drink?

NOTE: Electrolyzed reduced water is just another name for ionized alkaline water produced by an electric water ionizer. Chanson Water does not support animal testing, we are merely sharing the results of a study conducted by others.