You are here: Home / prefilter

The following is a Periscope replay of our #WaterWednesday broadcast titled “Is your water filtration too extreme, too minimal, or just right?”

Want to watch live and be able to interact and ask questions? Download the Periscope app and follow us @ChansonWaterUSA.

Our broadcasts take place Wednesdays at 2:30pm PST but will be temporarily suspended while Christina is on maternity leave (fall of 2015). 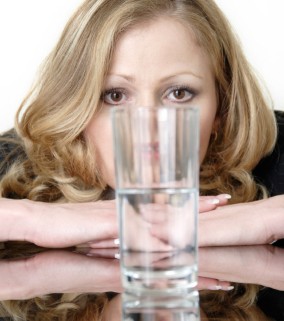 According to a report by the EPA (Environmental Protection Agency), “There are a number of threats to drinking water: improperly disposed of chemicals; animal wastes; pesticides; human threats; wastes injected underground; and naturally occurring substances can all contaminate drinking water. Likewise, drinking water that is not properly treated or disinfected, or which travels through an improperly maintained distribution system, may also pose a health risk.”

Bottled waters are not heavily regulated and thus not immune from these threats, which is why many authorities including the EPA and the Presidents Cancer Panel are currently recommending filtered tap water over bottled water.

Here is a snapshot of some of the most common chemicals and contaminants that may be lurking in your water but can effectively be filtered out with a prefilter or whole house filtration system:

Chlorine is intentionally added to the majority of municipal tap water supplies in order to kill bacteria. “Chlorine is so dangerous,” according to biologist/chemist Dr. Herbert Schwartz, “that it should be banned. Putting chlorine in the water is like starting a time bomb. Cancer, heart trouble, premature senility, both mental and physical are conditions attributable to chlorine treated water supplies. It is making us grow old before our time by producing symptoms of ageing such as hardening of the arteries.”

Because hot showers create a steam which is inhaled and causes our pores to dilate, our skin and lungs absorb as much chlorine during one ten minute shower as it would if we drank eight 8-oz. glasses of the same water! According to the EPA, “Breathing small amounts of chlorine for short periods of time adversely affects the human respiratory system. Effects range from coughing and chest pain to water retention in the lungs. Chlorine irritates the skin, the eyes, and the respiratory system.” So installing a shower filter or whole house filtration system that will remove most chlorine is highly recommended.

Many municipalities add fluoride to our water supply under the guise that it is supposed to help strengthen baby teeth. According to the scientific research, fluoride consumption creates multiple hazards with respect to cancer. Fluoride can actually produce cancer, transforming normal human cells into cancerous ones, even at concentrations of only 1ppm (parts per million) – the official “safe” dosage set by the U.S. Public Health Service for drinking water.

The fluoride which is added to 90% of drinking water is actually hydrofluoric acid which is a manmade compound with no nutritional value and a chemical byproduct of aluminum, steel, cement, phosphate, and nuclear weapons manufacturing. Several bottled waters including Arrowhead, Sparkletts, Poland Springs and Crystal Springs contain fluoride, which means that if they are using the conventional reverse osmosis method they actually took the time to put this poison back into their product!

Too much lead or mercury in the human body can cause serious damage to the brain, nervous system and kidneys. Infants and young children are especially vulnerable to heavy metal poisoning, and even at low levels, it can affect a child’s physical development and ability to learn. Arsenic has been linked to cancer of the bladder, lungs, skin, kidney, nasal passages, liver, and prostate. Non-cancer effects can include thickening and discoloration of the skin, stomach pain, nausea, vomiting; diarrhea; numbness in hands and feet; partial paralysis; and blindness. Homes built before 1940 may have lead pipes which can leach into your drinking water. If your pipes are made of lead, they should be replaced as soon as possible, but even then lead may find it’s way into your drinking water unless you are using an adequate filter.

Chloroform (a Trihalomethane or THM) and trichloroethylene (TCE) are two highly volatile toxic chemicals that have been identified in many municipal drinking-water supplies. The National Academy of Sciences has estimated that 200-1,000 people may die in the U.S. each year from cancers caused by ingesting these contaminants in water. According to a study by Dr. Julian Andelman, hot showers (109F) can liberate about 50% of the dissolved chloroform and 80% of the dissolved TCE into the air, and both the heat and the large surface-to-volume ratio of small droplets increase vaporization. TCE, chloroform, benzene and others are readily absorbed through the lungs into the bloodstream.

In 2008, the Associated Press published a report that found various pharmaceutical compounds in the water supplies of 24 major metropolitan areas across the United States serving over 51 million Americans. Do you really want to be drinking traces of someone else’s antibiotics, mood stabilizers, sex hormones, steroids or painkillers?

Our municipal water treatment facilities do not remove VOC’s (volatile organic compounds), and there are currently more than 60,000 of them in existence, most of which are man-made synthetic chemicals. According to Ralph Nader Research Institute, “U.S. drinking water contains more than 2,100 toxic chemicals that can cause cancer.”

The use of pesticides and herbicides has become so excessive that they are now commonly found in household tap water and bottled waters with alarming frequency. Many pesticides and herbicides are known, suspected or probable carcinogens. As stated in a recent report from the National Cancer Institute to the surgeon general, “No level of exposure to a chemical carcinogen should be considered toxicologically insignificant for humans.”

Protect yourself and your family from these harmful chemicals and contaminants and more with a drinking water prefilter, and either a shower filter or whole house filter today. Visit www.chansonwater.com for more information.