You are here: Home / fitness

The following is a Periscope replay of our #WaterWednesday broadcast titled “4 Ways Professional Athletes Use Chanson Water (and you can too!).”

Want to watch live and be able to interact and ask questions? 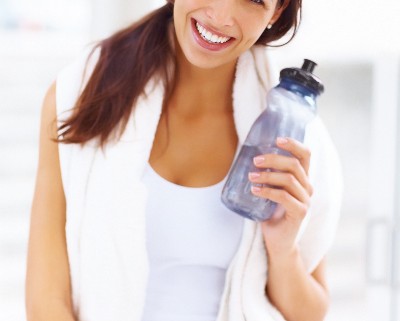 Would you like to lose weight or start eating healthier but don’t know where to start?

The following is an outline of habits you can shift in order to achieve best health. Try to choose at least a few of them to start implementing today, and gradually shifting more habits as you master the first changes.

Soda is quite frankly the worst “edible” thing we could possibly consume. Not only does it pack on the pounds and contain excessive amounts of sugar, but it contributes to an acidic environment in the body which breeds sickness and disease. Try to scale back slowly until you are consuming no soda at all or one every blue moon. Click here to read what the experts have to say on soda.

75% of Americans are chronically dehydrated, and ionized alkaline water is the best drinking water of all because it contains bioavailable minerals, antioxidants, an alkaline pH, and is super hydrating. Try drinking half your body weight in ounces daily in order to stay fully hydrated (here are 7 Tips on How to Drink More Water). If you can’t afford a water ionizer just yet, start drinking quality filtered tap water by installing a Chanson prefilter.

The alkaline diet is rich in whole foods like non-sweet fruits and vegetables and severely limits things like meat and dairy. It is not for everyone, but is very successful at weight loss and strengthening the immune system. Here are some acid-alkaline food charts and alkaline recipes as well as an article on 4 Tips to Shift Your Eating Habits to get you started.

Sugar has been proven to be more additive than cocaine, and has been linked to cancer and other diseases. We eat way more of the white stuff than is healthy or natural. Here’s how to conquer your sugar cravings and choose some natural alternatives.

Have you heard? There’s a green smoothie revolution going on! Health-conscious people all around the globe are juicing and blending green concoctions like kale, avocado, grasses, cucumber and celery on a daily basis to give them a severe nutrition boost! Start experimenting with your favorite alkaline fruits and vegetables and aim to drink at least one green juice or smoothie a day. Here’s a tip on how to save time and money on your juicing and smoothie-making.

You can jumpstart your health by clearing out some of the crud that has been accumulating with a detox. Try it for a day, a week, or even a month and feel the results!

Our homes are actually more toxic than a polluted city street. Everything from the carpet underneath your feet to the chemicals under your sink contain known carcinogens that wear down our immune systems and add to our bodies’ toxic load. Here are 10 ways to reduce toxins in your home and five all natural cleaners.

The average woman wears over 500 chemicals on her face daily, 60% of which is absorbed into her bloodstream. Here’s how to alkalize your beauty routine (bonus: without all those wrinkle-causing chemicals on your face, you’ll look younger longer!)

We all know that we should work out more, and the benefits of exercise. But did you know that vigorous exercise can actually create acids which are harmful to the body and weaken joints? Pick some soft alkaline exercises you are comfortable with and start doing them regularly.

We’ve got you covered.

Here’s a list of free resources we’ve put together to help you reach your dietary, fitness and lifestyle goals.

We wish you the best of luck for a fit and healthy 2013 and are here to answer your questions.

Did you know that rigorous exercise creates acids which can build up in your joints, wreak havoc on your health, create muscle soreness, and stunt your growth and recovery time?

Here’s the deal: aerobic exercises deliver additional oxygen to your cells, and oxygen helps to convert glucose to energy. But if you increase the intensity of your exercise to an anaerobic state, you will no longer have enough oxygen and your body will be forced to find alternate methods of energy. You’ll know you’ve entered an anaerobic state when you start breathing really hard and become fatigued and uncomfortable.

“Pain when you exercise is a sure sign that you are oxygen-deficient and producing increased metabolic acids (lactic acid & sugar) rather than accessing your electron reserves and acidifying your body. You’re stressing rather than strengthening your body. So be sure to keep your exercise pain-free, fully electron-charged from alkaline foods and drinks and aerobic. If at any point you do feel pain or discomfort while exercising, stop immediately and hydrate…(with) good alkaline water to restore alkalinity and to increase your reserves of electrons,” says Dr. Robert O. Young, author of The pH Miracle series.

Rather than pushing the body to exhaustion or inflicting pain on the muscles and joints, try practicing aerobic exercises like walking, jogging or rebounding (jumping on a mini trampoline). Rebounding can dramatically improve lymph flow while exercising every cell in the body.

“Instead of hard exercise (which creates lactic acid), one should practice traditional Asian soft-style exercises such as yoga, Tai Chi, and Chi Gung on a daily basis throughout the duration of any detox program,” according to Daniel Reid, author of The Tao of Detox.

Soft, static exercises like Pilates, the Five Tibetan Rites, stretching and weight-bearing exercises are also alkaline-forming and can work you out without producing acids.

The two most important things to remember when exercising are that you need to break a sweat without being so out-of-breath that you can’t carry on a conversation, and that if you start to feel pain ease up on whatever you are doing (for example, if you are   jogging, resume walking until the pain subsides).

Drinking Chanson ionized alkaline water before, during, and after exercise is believed by many athletes including professional   baseball player DJ Carrasco and award-winning bodybuilder Dan Hill to support a faster recovery time. Staying hydrated is an important factor in any weight loss or workout plan, as your body cannot function optimally without adequate water.

New research published in the Journal of Nutrition reveals the importance of staying optimally hydrated during exercise. Over three days, a group of young women were subjected to exercise-induced dehydration, and their cognitive performance, mood, and symptoms of dehydration were measured during rest and during exercise. At just over 1% dehydration level, subjects showed a mood change for the worse, and concentration, headache symptoms, and task difficulty were also affected.

A separate study found that mild dehydration can effect physical performance as well. The motor performance of golfer’s game, including shot distance, target accuracy, and distance judgment, was tested at different dehydration levels. Their results were better when they were fully hydrated than when they were tested at between 1-3% dehydration levels. Thus, it is important to hydrate before, during, and after exercise for best results.

“Lack of focus, stress, decrease in energy, and muscle tightness are all derived from the same problem-lack of proper hydration. Based upon sound clinical research in speeding up recovery from vigorous activities to guarding against disease, drinking alkaline ionized water may be the single most important support your body can receive,” according to Dr. Preston Wakefield.

In order to burn fat, build muscle and increase endurance your body must be able to buffer and remove lactic acid. Chanson ionized alkaline water is able to help not only fully hydrate you, but buffer the acids caused by exercise, diet, and environmental factors. It’s super hydrating, full of antioxidants, bioavailable minerals, and the right kind of oxygen, and easier to drink than   standard tap or bottled water.

So toss a BPA-free bottle (or two) of Chanson ionized alkaline water into your gym bag, and remember not to let your body get into an anaerobic state.

Why Chanson Ionized Alkaline Water is Superior to Sports Drinks