You are here: Home / chanson ionizer

Good news! For a limited time, anyone who wants to trade up to get a new Chanson Miracle M.A.X. Royale undercounter ionizer can save $500 when you return your old Chanson ionizer!

TERMS AND CONDITIONS
-This offer is good from September 3, 2015 to November 3, 2015
-To redeem this offer, you MUST call us at 888-624-2169 to place your order and ask for a RMA# and RIF form
-This offer cannot be redeemed online
-You must return your old Chanson water ionizer to our office at your cost within 30 days of purchase
-You have the option of either turning in your ionizer and waiting for us to receive it before placing your order and not having to pay the extra $500 up front, or being charged the full amount and then refunded $500 when we receive your old ionizer
-You will still receive all bonus items that come with the Royale (Nano filtration system, 3.2 gallon storage tank and Ionizer Armor) when redeeming this offer

Don’t miss your opportunity to save big on the new Chanson Royale, the best undercounter ionizer on the market! 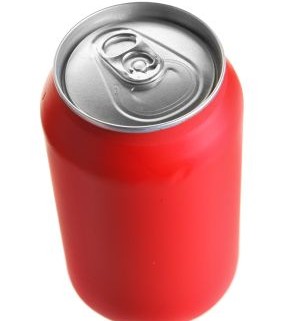 Studies have shown that the erosive potential of sodas is 10 times that of fruit juices in just the first three minutes of drinking. Additionally a study published in Academy of General Dentistry (AGD) journal General Dentistry reports that drinking any type of soft drink hurts teeth due to the citric acid and/or phosphoric acid content.

The study measured the pH level of 20 commercial soft drinks including Coke, Pepsi, 7 Up and their diet versions immediately after cans were opened. Slices of enamel from freshly extracted teeth were weighed before and after being immersed in samples of each of the soft drinks for 48 hours.

The result of the study was that the teeth immersed in Coke, Pepsi, RC Cola, Squirt, Surge, 7 Up and Diet 7 Up lost more than 5 percent of their weight, according to the report by Poonam Jain of the Southern Illinois University School of Dental Medicine and her colleagues. (Other sodas brought about losses in the enamel weight in the range of 1.6 percent to 5 percent).

The pH scale is a logarithmic scale that ranges from 0-14 pH with 7 being neutral, anything below 7 is acidic and anything above 7 is alkaline. Battery acid has a pH of 1.0, distilled water at room temperature has a nuetral pH of 7.0, and the pH level Chanson Water recommends drinking is 9.5.

The results show that a sodas acidity is not the whole story when it comes to tooth erosion. The type of acid in the soda, level of soda and calcium content are also factors. Citric acid is the most erosive acid found in soft drinks and is the predominant acid in non-cola drinks.

Root beer was found to be the least acidic of all soft drinks, with a pH 4.038 for the Mug brand. The reason for the reduced acidity is that root beer is often non-carbonated and contains no phosphoric or citric acids.

A 2006 study reported that orange juice and sports drinks also reduce the surface hardness of tooth enamel, but a soda reduced more—the dentin, surface enamel and two additional dental components. (Dental erosion refers to the action of acid on the entire tooth surface. Cavities and tooth decay tend to hit targeted areas, such as pits, grooves and spots where teeth are adjacent).

We strongly urge you to eliminate or reduce your soda consumption immediately. If you must indulge in an occasional soda, it’s best if you make it a root beer, drink it through a straw and only drink with meals. Better yet, invest in a Chanson ionzer for fresh, alkaline water at the push of a button to combat the acidity in your diet.