Author and Chanson Water CEO Nedalee Thomas will be one of the featured speakers at Marketplace In Action September 12, 2013 at 7 pm.All are invited to come and hear her. The meeting is FREE.

Snacks will be provided

About Market Place In Action

Marketplace In Action is a monthly meeting that features speakers addressing,
Health, Business and Spiritual issues.

Big Dan Hill is currently actively training to compete in MMA fighting and has an extensive past as a Body Builder. If you would like to know more about Big Dan Hill, Checkout his website at BigDanHill.com. 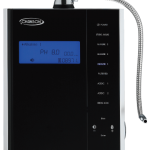 Not surprisingly, refrigerators ranked #1 overall, coming in at 58.33%. What is remarkable, however, is that 41.3% of ionizer owners ranked their water ionizer as their #2 appliance, while 28.2% of ionizer owners ranked their ionizer as their #1 appliance, valuing it above even their refrigerator!
These results are a great testament to the amazing value of a water ionizer, an appliance that 2 out of 3 Japanese homes have yet few Americans have heard of.

Ronnie Ruiz to be Featured on Viewpoints TV 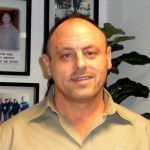 Chanson Water CEO Ronnie Ruiz will be featured on an upcoming segment of Viewpoints TV titled “Healthier Living through Healthier Choices” and hosted by Terry Bradshaw. The interview will be aired sometime after June 21st on ABC and FOX news.
Click here for more information

Chanson CEO Ronnie Ruiz will be speaking at the OC Health Forum in Anaheim, CA on Saturday, July 27th 2013. Topics include health, wellness, happiness, wealth & beauty, and the event lasts from 10 am to 6 pm.

The event is hosted by KLJH radio and will be emceed by Lynn Rose. Other speakers include: author Joseph McClendon III, LuAnn Mitchell, Erich C. Nall, Kathrine Lee, and Scott Magers.

General seating is $77 and VIP admission is $167, and both include a gourmet lunch.

For more information or to register visit http://ochealthforum.com/ 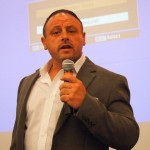 Chanson Water CEO Ronnie Ruiz will be the keynote speaker at the grand opening of India Holloway’s new health and wellness clinic specializing in colon health this Sunday, June 9th 2013.The event will take place from 2pm to 5pm at 8534 Washington Blvd in Los Angeles, CA.Ronnie will be speaking on disease prevention and ionized water.Questions? Call Shondrea at 866-557-9557. 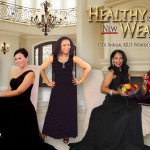 January 30, 2013
Congratulations to Sue B. who has earned a free Chanson VS-70 water ionizer because she referred dealer Richard E. and he has sold 10 VS-70s.

January 22, 2013Congratulations to Ross B. who won a free Chanson Miracle MAX water ionizer for selling over a hundred ionizers in the promotional period between 8-21-12 and 12-31-12. Way to go Ross!

January 8, 2013A recent article posted on Business Insider explains that many people don’t understand that the high priced bottled water they are consuming may not actually come from a fresh mountain spring as advertised, but is really just municipal tap water which has been run through a reverse osmosis system.Click for the full articlePhoto credit: Flickr – Irargerich 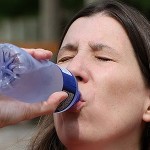 Join Chanson Water and Big Dan Hill at the FitEXPO in LA!

December 14, 2012Chanson Water will be exhibiting at booth 840 of the FitEXPO at the Los Angeles Convention CenterSaturday, January 19th from 9:30 am – 6:30 pm and
Sunday, January 20th from 10 am – 5 pm.We will be joined by professional bodybuilder and Chanson water advocate Big Dan Hill. Stop by our booth to meet Dan between 10 am – 12pm and 2pm – 4pm both days!