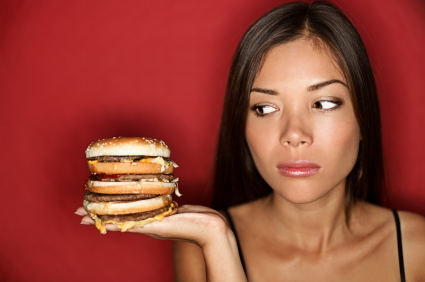 We assume that the food stocked on supermarket shelves is safe, regulated and thoroughly tested.

But the truth is that the profit-driven food industry currently heavily influences the FDA and USDA, and does not have the consumers best interest at heart. This means that the real responsibility of making sure that what you and your family eats is safe falls to you, the consumer.

The Link Between Food & Disease

The saying “you are what you eat” is more true than you may think. In fact, several links between food and disease have been found including 7,000 clinical studies addressing the link between diet and cancer alone. It’s no coincidence that the staggering rates of disease in America appeared alongside the growth of the processed food industry.

After a detailed review, The World Cancer Research Fund (WCRF) recently concluded that processed meats manufactured with a carcinogenic ingredient known as sodium nitrite are too dangerous for human consumption. They are advising against consumption of “bacon, sausage, hot dogs, sandwich meat, packaged ham, pepperoni, salami and virtually all red meat used in  frozen prepared meals.”

Dr. Robert O. Young has long been studying the affect of various foods on our blood. He has concluded that most Americans are overly acidic, and that acidic foods create an environment in the body which welcomes all types of disease, whereas alkaline foods create a disease-resistant body. Acidic foods include meat, dairy, sugars, and processed/junk foods while alkaline foods include vegetables, non-sweet fruits, nuts and seeds.

Hidden Dangers in Your Food

The majority of the foods found in today’s supermarkets would be unrecognizable to our ancestors. Potato chips? Fruit snacks? Soda? They were all designed in a lab and are filled with chemicals and artificial ingredients.

And forget fast food restaurants. Studies show that a McDonalds hamburger left sitting out for over a year will not mold or rot because it is so unnatural, and French fries are considered carcinogenic and now require a warning sign. Even the salads sold at fast food chains usually consist of non-organic produce, processed meats and preservative-packed salad dressings.

In addition to nitrates, GMOs (Genetically Modified Organisms) are a huge cause for concern. GMOs are predominantly found in corn, soy, and sugar beet products and are the result of a laboratory process where genes from the DNA of one species are extracted and artificially forced into the genes of an unrelated plant or animal. GMOs were first introduced into the food supply in the mid-1990s and are now present in the vast majority of processed foods in the U.S. but have been banned in most other countries.

How our Food Becomes Denatured

Anytime you take a food from nature and process it, you are denaturing the food and thus stealing its essence and reducing its nutritional value.

Take store-bought orange juice for example. Oranges are squeezed and their juices go through pulp reduction, deaeration and pasteurization which prepare them for storage in aseptic bulk tanks. These processes remove almost all of the flavor, and so manufacturers have to add artificial flavors in to make it taste and smell like the orange juice it once was.

Most of us denature our food in our own kitchens through the use of microwaves, ovens, stoves and high-speed blenders and juicers. Microwaves should particularly be avoided because they decrease the nutritional value of the food most severely and present other health risks.

Even some “health foods” are so heavily processed that they are actually unhealthy (think granola bars and power bars). A good rule of thumb is that if a food label lists more than five ingredients it should be avoided.

“Let food be thy medicine”–Hippocrates

There are many ways that you can begin to choose the right foods and lower your risk for disease in the process.

This is part 3 in a 5-part series titled America: Home of the Drugged & Deceived?

Here is a complete list of all the posts: