Dangers of Nitrates in Tap Water 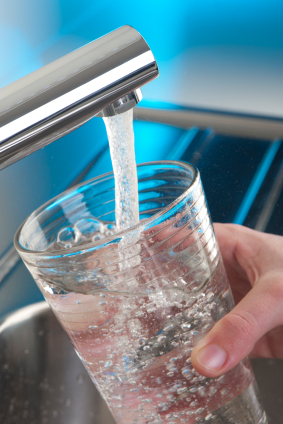 There are many potential contaminants in our drinking water today. One you may not have heard much about are nitrates or nitrites, which are nitrogen-oxygen chemical units that combine with various organic and inorganic compounds and may be carcinogenic.

According to the Environmental Protection Agency (EPA), “The major sources of nitrates in drinking water are runoff from fertilizer use; leaking from septic tanks, sewage; and erosion of natural deposits.” They allow up to 10 mg/L or 10 ppm of nitrates in our drinking water.

The Problem With High Nitrate Levels

High nitrate levels pose the most risk to pregnant women, infants under six months, and adults with reduced stomach acidity.

Nitrate levels have been rising since the 1950s, leveled off in the 80s, and began rising again five years ago. The problem intensified when farmers were forced to plant record-levels of corn, drought-withered corn plants didn’t suck up all the nitrogen from the fertilizer, and then when heavy rains came they washed the fertilizer into rivers with the help of the drainage tiles that have been installed beneath many farms.

Mid-western U.S. states are most at risk for high nitrate levels in their drinking water due to corn farming. These states include Iowa, Illinois, Indiana, Michigan, Minnesota, Ohio, Wisconsin and the eastern portions of Kansas, Nebraska, North Dakota and South Dakota.

To keep the nitrate levels within the legal limit, parts of Iowa and Minnesota have been forced to use expensive nitrate-removal systems, and the cost is passed on to their residents.

How to Reduce Nitrates in Your Drinking Water

Unfortunately, boiling water does not remove nitrates, and nitrate levels could potentially spike before you receive word of it from your state.

The best way to protect you and your family from nitrates is with a quality drinking water filtration system.

Chanson offers the Nano Filtration System and the new non-electric Nano2, both of which are high quality modified reverse osmosis systems that reduce nitrates in drinking water by more than 85%. Unlike traditional reverse osmosis systems, both Nano filters leave beneficial alkaline minerals in your water, making it even healthier. Click here for more information or to order.