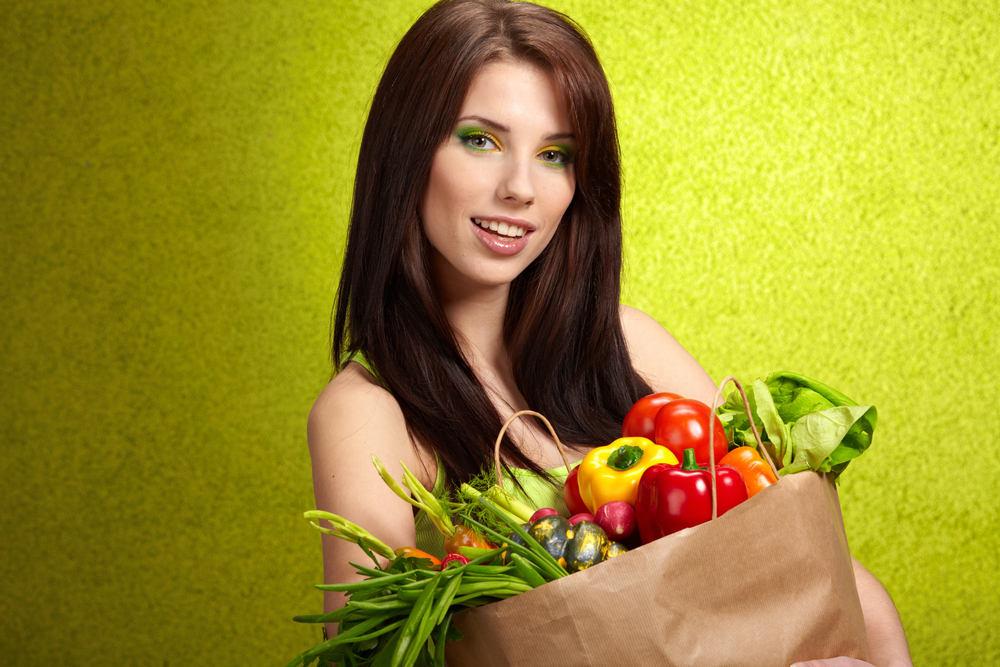 There are three main reasons that people choose to adopt a plant-based diet: their health, the health of our planet, and out of compassion for animals. As it stands, the majority of Americans are overfed, overweight and undernourished.

In the words of Albert Einstein, “Nothing will benefit human health and increase the chances for survival of life on earth as much as the evolution to a vegetarian diet.”

1. You reduce your risk of cancer, heart disease, diabetes, etc.

Research indicates that populations who consume large amounts of plant-derived foods have lower incidences of several types of cancer. On the other hand, the people who eat the most animal protein have the most heart disease, cancer and diabetes.

According to Dr. T. Colin Campbell, author of The China Study: “The evidence now amassed from researchers around the world shows that the same diet that is good for the prevention of cancer is also good for the prevention of heart disease as well as obesity, diabetes, cataracts, macular degeneration, Alzheimer’s, cognitive dysfunction, M.S., osteoporosis and other diseases. Furthermore (a whole foods, plant-based) diet can only benefit everyone, regardless of his or her genes or personal dispositions.”

2. Achieving proper acid-alkaline balance for overall health is much easier

“Vegetarians, and in particular vegans, are more likely to have a better acid-alkaline balance and increased protection against degenerative diseases than meat-eaters…All body tissue has different levels of acidity and alkalinity but, overall, it functions best in a mildly alkaline state. Prolonged acidity within the body is pro-cancerous, and the typical Western diet creates overacidity,” according to Ian Marber and Vicki Edgson, authors of The Food Doctor.

In the words of Dr. Gabriel Cousens, “When you create a healthy pH (in your body), you create a significantly more disease-resistant body…a properly alkalinized person optimizes all mental and physical functions.” So not only will you be less prone to disease, but you’ll be able to function at optimal levels.

The longest-living people in the world–the Hunza, the Vilcabama, the Abkhasia and the Okinawa people–eat a largely vegetarian diet using freshly picked organically grown fruit and vegetables. Many also drink alkaline ionized water from uncontaminated fresh-flowing rivers and streams. Studies have shown that vegetarians live about seven years longer than non-vegetarians, with vegans living about 15 years longer than meat eaters. Additionally, a 2009 study by Oxford researcher Tim Key found that vegetarians and vegans had body weights 3-20% lower than meat eaters.

4. Vegetarians are stronger and have lower cholesterol

In more than 10 studies, non-athletic vegetarians had two to three times more endurance than meat-eating athletes, and the best athletes in the ancient Greek Olympics consumed a plant-based diet. The myth that people need animal protein to build muscle is completely false.

According to Dr. Howard Murad, “There are many benefits to eating vegetable protein food as opposed to animal sources of protein. Vegetable proteins contain no cholesterol or saturated fat and in many cases also provide a good source of dietary fiber.” The cholesterol levels for vegetarians is about 14% lower than meat eaters, and vegans consume no cholesterol whatsoever.

5. It will save you money

By replacing meat, chicken and fish with vegetables and fruits, it is estimated that your food bill will be reduced by an average of $4,000 a year. Just think of all the things you could do with the extra income. And that’s just for one person, what if you could get everyone in your household to follow your healthy eating habits?

6. It’s better for the environment

The water and carbon footprint of a meat-eating Prius owner is larger than that of a vegetarian who drives a Hummer.

Each year, our nation’s factory farms collectively produce two billion tons of manure–a substance that’s rated by the Environmental Protection Agency (EPA) as one of the country’s top 10 pollutants. And that is not even taking in to account the amount of methane gas released by cows, pigs and poultry, the ammonia gases from urine, the poisonous gases that emanate from manure lagoons, the toxic chemicals from pesticides, and exhaust from farm equipment used to raise feed for animals.

It takes 1,857 gallons of water to produce one pound of beef, and for every hamburger made from imported beef the equivalent of a small kitchen worth of rainforest is destroyed forever.

7. It’s the humane thing to do

Every year in the United States, more than nine billion animals are slaughtered for food while millions more die of stress, suffocation, injuries, or disease in the food industry.

In the words of Paul McCartney: “If slaughterhouses had glass walls, everyone would be a vegetarian.” It is believed that vegetarians and vegans spare the lives of 100 animals a year. Remember that you have a choice every time you pick up your fork at mealtime, order off a menu, or fill your shopping cart.

8. It’s better for our children

“Putting children on a plant-based diet could reduce teen pregnancy by delaying the start of menstruation by an average of 4-6 years,” according to Dr. Campbell.

We teach our children not to drink, smoke or abuse drugs and to practice safe sex, but so long as we are providing them with an abundance of processed foods and sodas, we are doing nothing to prolong or enrich their health, but rather setting them up for a lifetime of dehabilitating illnesses, prescription drugs and medical bills. 16-33% percent of children and adolescents are obese, and unhealthy weight gain due to poor diet and lack of exercise is responsible for over 300,000 deaths each year.

9. It helps menopausal women with the change

Hormone levels aren’t as elevated in women who eat a plant-based diet than those who don’t. This is especially helpful during menopause, as the crash isn’t as hard for vegetarians and vegans as they are for meateaters.

10. We were not evolved to eat meat

“Humans are designed to be vegetarian, and our bodies will never work their best if we keep forcing them to do something they are not equipped to handle,” according to Dr. Robert O. Young, author of “The pH Miracle.”

Our teeth, the length of our digestive tract, and the strength of our stomach acid is all better suited to a plant-based diet than meat. In fact, when humans consume meat it rots in their digestive tract because it remains in there for too long and is not properly broken down.

In Chanson Water’s continued effort to promote health, we encourage a plant-based diet by offering “Meatless Monday” recipes every week.

If the idea of quitting meat cold-turkey is too challenging for you, try going meatless for one day or even just one meal a day and work your way up. For every person who eats one less hamburger each week for a year it would be equivalent to taking one car off the road for 320 miles.

And don’t forget to hydrate with Chanson alkaline ionized water. According to Ray Kurzwell and Dr. Terry Grossman, authors of Fantastic Voyage: Live Long Enough to Live Forever, “Most people are already too acidic from eating excess meat, simple carbohydrates, and sugar. Alkalinizing water is a very effective step to bring this into balance.”

Visit us at www.chansonwater.com for more information.