How Alkaline Ionized Water May Boost Your Sex Life 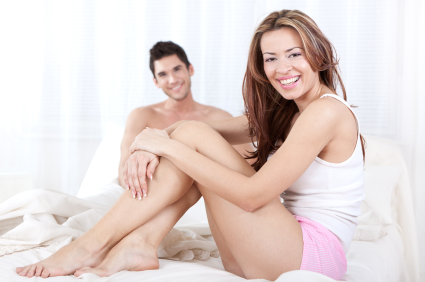 Could your kitchen be just as important to your sex life as your bedroom?

According to a British study, many couples run out of steam after having sex because they fail to drink enough water. Doctors have warned that couples who work up a sweat in bed risk dehydration unless they replenish their fluids.

We’ve all heard references to French lovers and how the French have heightened romance and sexuality. Therefore, it comes as no surprise that the French have more sex than their British counterparts, but did you know that they also drink five times as much water?

Dr. John Leiper, an expert in fluid balance and hydration at Aberdeen University, says many people are unaware that intercourse can be as dehydrating as other forms of exercise. “Sweating, flushing and panting are all signs that the heart rate is faster, meaning that the body is reacting in the same way to sex as it does to other cardiovascular exercises. As we go about our daily activities we continually lose water, even when we are not visibly sweating, so when we take part in exercise or sexual activity this water loss increases and we need to replace it to prevent dehydration.”

Dehydration contributes to loss of libido, fatigue, headaches and vaginal dryness (which–in addition to decreasing pleasure–adds to tear-inducing friction of condoms). Research indicates that dehydration also decreases the volume of blood plasma, which results in less oxygen being delivered to the exercising muscle and increases breathing and heart rates. Since arousal depends on plenty of blood flow to the sexual organs, dehydration can affect sexual performance. Therefore, it’s important to stay hydrated before and after sex.

Sexual stamina drugs like Viagra, Cialis and Levitra are acidifying to the body and have been linked to serious side effects including sudden permanent hearing loss and death by heart attack. Drinking alkaline ionized water instead is a natural alternative because it is the same frequency of the pineal gland (located in the brain) and thus affects all other glands below it and may stimulate sex drive.

According to Dr. Robert O. Young, author of The pH Miracle, “Sexual function and desire are products of the autonomic nervous system, which can be paralyzed by overacidity.” So how do you combat acidity? By hydrating with alkaline ionized water.

A diet rich in alkaline fruits and vegetables can also improve your prowess in the bedroom and keep you sexually healthy, as they provide necessary vitamins and minerals. Benefits of an alkaline diet can include increased production of sex hormones, greater ability to get and stay aroused, and changes in your brain chemistry that make it easier to get in the mood.

Certain beverages like alcohol, coffee and soda can decrease your sex drive and cause dehydration due to their diuretic effect if consumed in large quantities. Most bottled waters are acidic and stripped of minerals, and tap water is full of contaminants.

So instead, hydrate with Chanson ionized alkaline water (which is more hydrating than conventional water because it is microclustered and can therefore penetrate cells deeper) to avoid dehydration, boost your energy levels, and (hopefully) improve your sex life!

We recommend that you drink at least half of your body weight in ounces of Chanson ionized alkaline water daily (and more if you have a really steamy session between the sheets!)