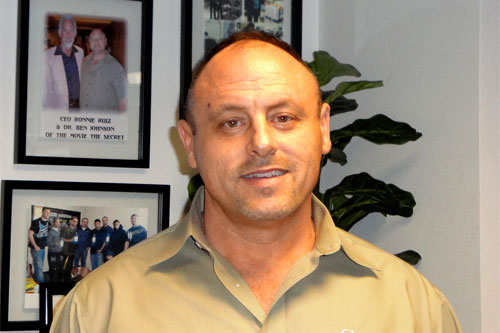 Our CEO and water expert Ronnie Ruiz was quoted in a recent Wall Street Journal article titled The Positives and Negatives of Ionized Water as part of their Aches & Claims series. Below is a reprint of the article in its entirety along with Ronnie’s thoughts.

The Positives and Negatives of Ionized Water

It would be hard to improve the healthfulness or cleaning power of water without adding any chemicals or supplements to it. But companies are claiming to do just that by “ionizing” water. 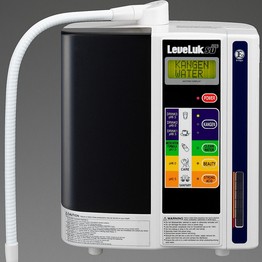 Companies are selling machines that put drinking water through an “ionization” process. According to the companies, the process, also called “electrolysis,” is accomplished using negatively and positively charged electrodes. In the process, water atoms give electrons to the electrodes or receive them, according to a graphic on Chanson Water USA Inc.’s website. The result is a chemical reaction that results in water becoming more acid or alkaline. Tap water typically has a pH of around 7, or neutral; alkaline water has a pH of more than 7; acidic water, less than 7.

Companies say alkaline water has a variety of benefits, ranging from giving you energy to counteracting unhealthy effects of acidic foods you eat. Some scientists, however, say there aren’t any good studies supporting the ionized-water companies’ marketing claims.

Water ionizers, long sold internationally, have been generating increased interest in the U.S. during the past couple of years, says Pauli Undesser, director of regulatory and technical affairs at the Water Quality Association, a nonprofit trade group for the water-treatment industry.

Chanson Water USA, a Laguna Hills, Calif., unit of Chanson Taiwan LLC, says on its website that its ionized water has smaller clusters of water molecules than ordinary water and these “microclusters” are better able to “penetrate into more places in the body.”

In a marketing brochure, Enagic USA Inc., a Los Angeles unit of Japan’s Enagic Co., says its “Healthy Kangen Water”—which has a pH of 8.5 to 9.5—”helps your body balance the acidic effects” of eating foods such as meat and eggs. Enagic’s Leveluk SD501 model, which sells for $3,980, uses seven electrodes.

The machines, which typically range from $1,000 to $6,000, are generally attached to a faucet, but some models go under the sink. The alkaline water, which the companies say is ideal for drinking and cooking, comes out of one of the machines’ spigots, while acid water, which can be used for cleaning, comes out of another. The degree of alkalinity is often adjustable. The machines have a built-in filter, which filters impurities just like any other water filter.

“There is no basis for any health claims at all” for alkaline drinking water, adds Santa Barbara, Calif., gastroenterologist John Petrini, past president of the American Society for Gastrointestinal Endoscopy. After it is digested, food and water goes into the stomach and—no matter what pH it was when it entered—ends up leaving the stomach at a pH of about 6.8, Dr. Petrini says. And no matter what you eat, your body has effective mechanisms to keep your blood in a narrow range between 7.35 and 7.45, he adds.

Chemists say it’s logical that acidic or very alkaline water could be useful for cleaning, but there’s no evidence that the pH of water has any specific effect on skin or pores, says Washington, D.C., dermatologist Tina Alster.

Roberto Car, a professor of chemistry and physics at Princeton University, says the alkalization process described by Chanson sounds scientifically plausible, though he hasn’t examined the machine. But Chanson’s claim that alkaline water contains microclusters of molecules more readily absorbable by the body is “nonsense,” according to Dr. Car and others.

“Rubbish,” adds H. Eugene Stanley, a professor of chemistry and physics at Boston University. The structure of water—including how its molecules cluster—isn’t yet fully understood, scientists say.

Chanson Water CEO Ronnie Ruiz says a nuclear magnetic resonance test, the results of which are posted on the company’s website, shows that its water microclusters. He says 70% of customers who provide feedback report benefits, such as improvement in diabetes, improvement in depression, lower cholesterol levels. Mr. Ruiz says customers “love it, use it daily and see the absolute value in owning the machines. Science will at one point absolutely validate the health benefits.” Many of the benefits are due to the fact that the water has a negative charge and is an antioxidant, he adds.

Arizona physician Horst Filtzer—a paid medical adviser to Enagic and former chief of surgery at Cambridge Hospital, a Harvard teaching hospital—says alkaline water passes into the intestines “without much difficulty” since stomach acid isn’t produced in response to water. It doesn’t do much good to drink alkaline water with food—such as a steak—that does trigger an acid response, Dr. Filtzer says. He adds that he finds Kangen’s alkaline water doesn’t make him feel bloated like regular tap water does.

Peter L. Kopko, a chiropractor and chief science adviser to Earth Trade Water, says that alkaline minerals in its water—such as calcium and potassium—improve athletic performance because the help “counteract” acid buildup in the body during exertion. The company hasn’t done clinical studies on its water.

Ronnie’s thoughts on the article:

I am very happy about how the Wall Street Journal reported on ionized water, even if they included opposing views, to me this is fine because the people they interviewed have 0 experience and knowledge of ionized water, they have done no testing of the machines or the finished product the machines make, on the other hand, by the fact that such prestigious news outlets like the WSJ are reporting on ionized water is absolute evidence it is creating a buzz with its users.

I told the reporter “ionized water is growing in popularity because the majority of users have some positive health result and see the value in the machines both for the drinking water and acid water”. Very few people realize that by putting an ionizer and a Chanson pre-filter in their home they are actually saving money big time, there is only an initial expense with these products that repay the owners quickly then provide ongoing savings yearly.

Ronnie is available to speak in public, on TV, radio and in the news on a variety of subjects. For more information about ionized water, water ionizers, and water filtration, visit www.chansonwater.com.