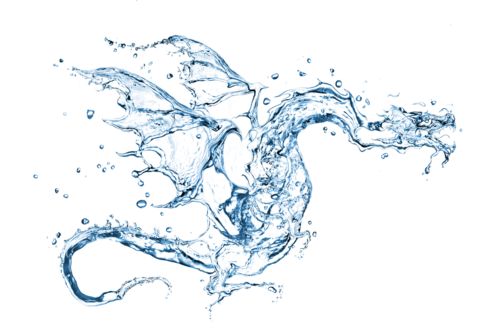 January 23, 2012 marked the beginning of the year of the water dragon according to Chinese astrology, a time which only occurs every 60 years.

Dragons are a symbol of good fortune, and are the most revered of the 12 animals honored in Chinese astrology, and the only mythical animal featured. Throughout history parents in China have actually hoped and aimed to have their children born in dragon years (every 12 years).

As a Christian company, we at Chanson Water are not followers of astrology but thought some of our readers might find this interesting (and let’s face it: we needed an excuse to use this awesome water dragon pic).

We are of course most intrigued by the water part–an element which is featured every five years. Water is the source of life: it covers 70% of our planet and comprises 60%-70% of our bodies. In Chinese element theory, water produces wood, which signifies growth and is the natural element of the dragon.

The last time the Water Dragon made an appearance was in the year 1952. Major world events in 1952 included the beginning of Queen  Elizabeth II’s reign, the introduction of two of the most destructive weapons in history: the hydrogen bomb and the B-52 bomber, the first successful separation of Siamese twins, and a killer fog which descended on London and coined the word “smog.” So it will be interesting to see what 2012 will bring, especially with the US presidential election and of course all of the Mayan calendar end-of-the-world hype.

Chanson Water USA wishes you a safe and prosperous year as we work to bring you the latest in water ionization and water filtration technology. Visit us at www.chansonwater.com for more information on our products.